The Geelong region is experiencing rapid population growth, which could lead to increased urban development in Swan Bay’s catchment and put greater recreational visitor pressure on marine and coastal areas. This could increase the trampling of sensitive shoreline habitats, disturbance of wading birds and littering.

Kiteboarding and windsurfing are already disturbing Royal Spoonbills and other wading birds at The Narrows in Queenscliffe. Population growth could also lead to pressure to develop the green belt between the Borough of Queenscliffe and Ocean Grove. Kiteboarding and windsurfing are banned in the marine national park and boat speeds are limited to 5 knots.

The Lonsdale Lakes comprise Lake Victoria and Freshwater Lake, which are of international significance for visits by the Red-necked Stint, Banded Stilt and Orange-bellied Parrot. Prior to European settlement the lakes were joined to Swan Bay by coastal saltmarsh.

Since then drainage, shell grit mining, golf course construction, conversion to pasture and the expansion of Point Lonsdale has led to a 60% loss of coastal saltmarsh and other vegetation. Although both lakes are in the Lonsdale Lakes Nature Reserve, population growth and development will place them under increasing pressure. 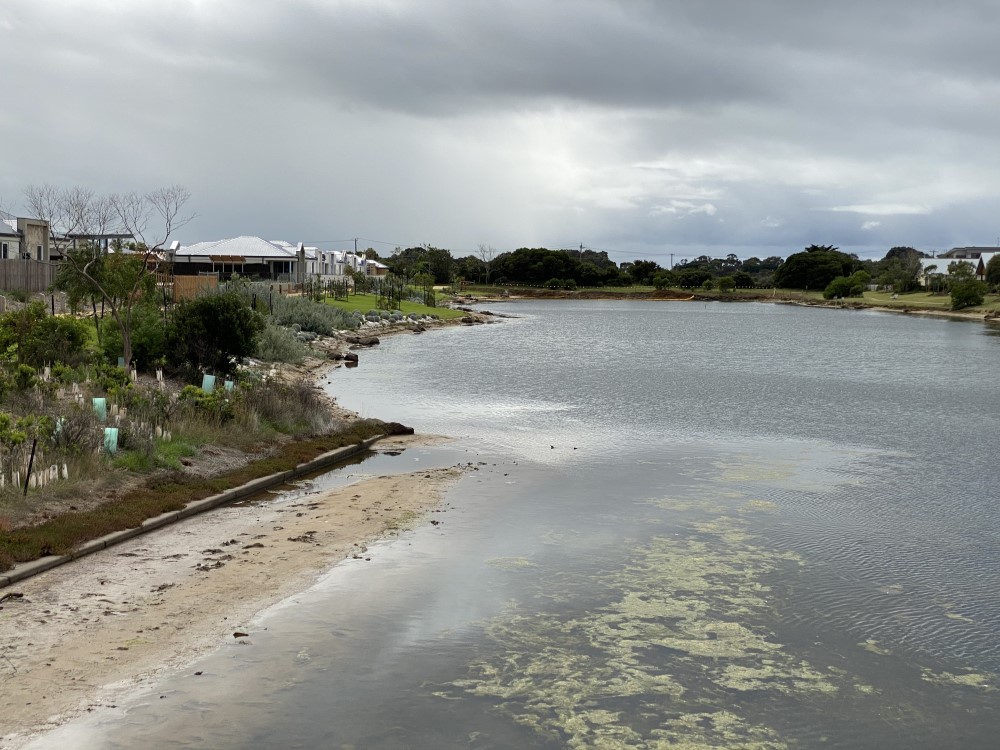 The development of Lonsdale Lake for The Point canal estate has led to the loss of saltmarsh and other wetland habitats. Approved by the state government in 2009, it was opposed by the Swan Bay Environment Association because of its potential impact on the bay’s bird life, plant communities and water quality.

When completed, The Point will have nearly 700 homes, each generating stormwater that will flow through the canals into Lakers Cutting and then Swan Bay. Because of our continuing concerns, we have established a water quality monitoring program at five sites near the canal estate. 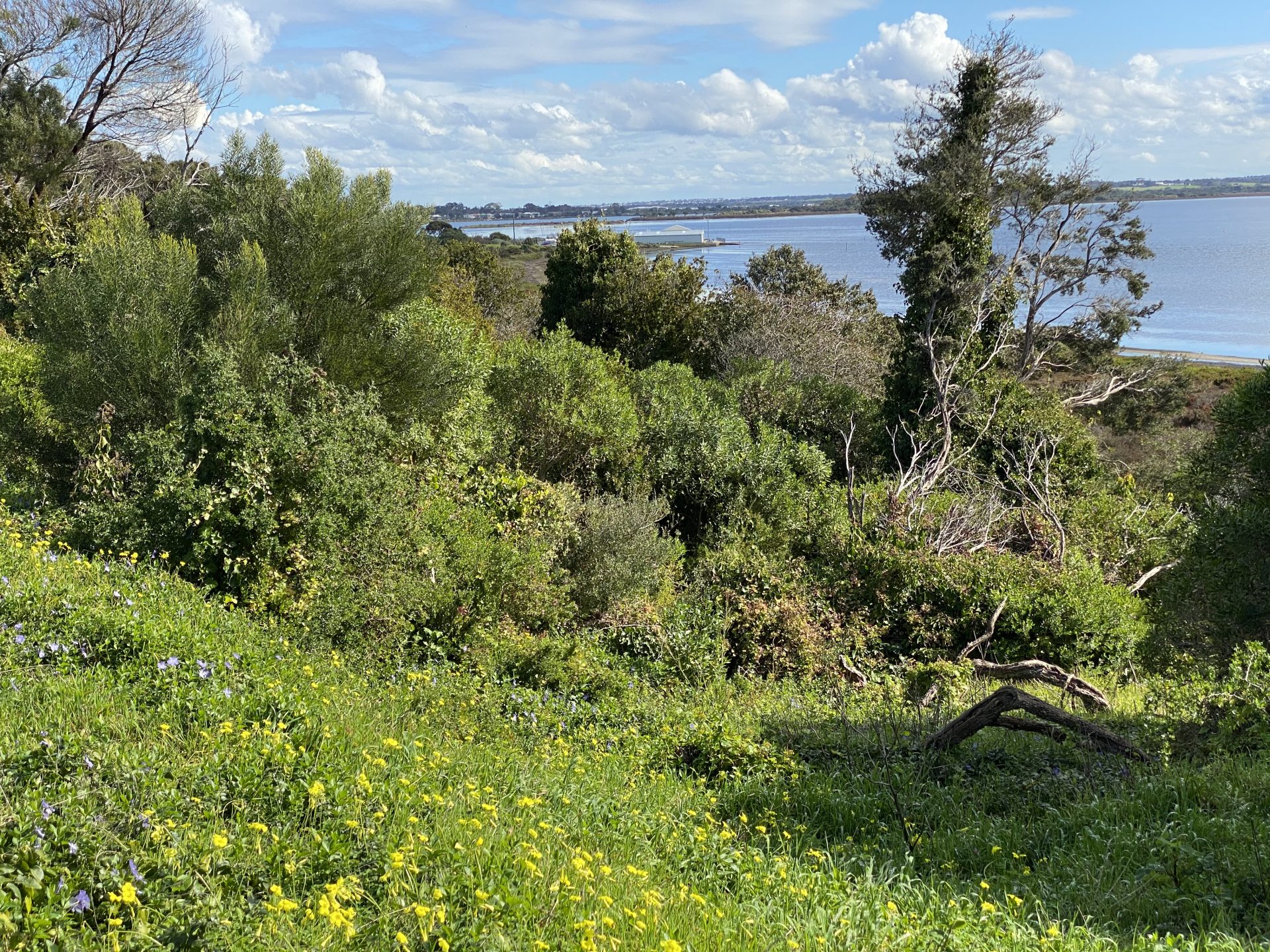 Most environmental weeds along the Swan Bay shoreline have arrive in dumped garden rubbish or have been carried in by birds, wind and water. English Ivy and Cape Ivy, Italian Buckthorn, African Box-thorn, Bridal Creeper and Myrtle-leaf Milkwort are major problems in coastal woodlands and on sand dunes. African Box-thorn provides shelter for foxes and rabbits and outcompetes native plants. 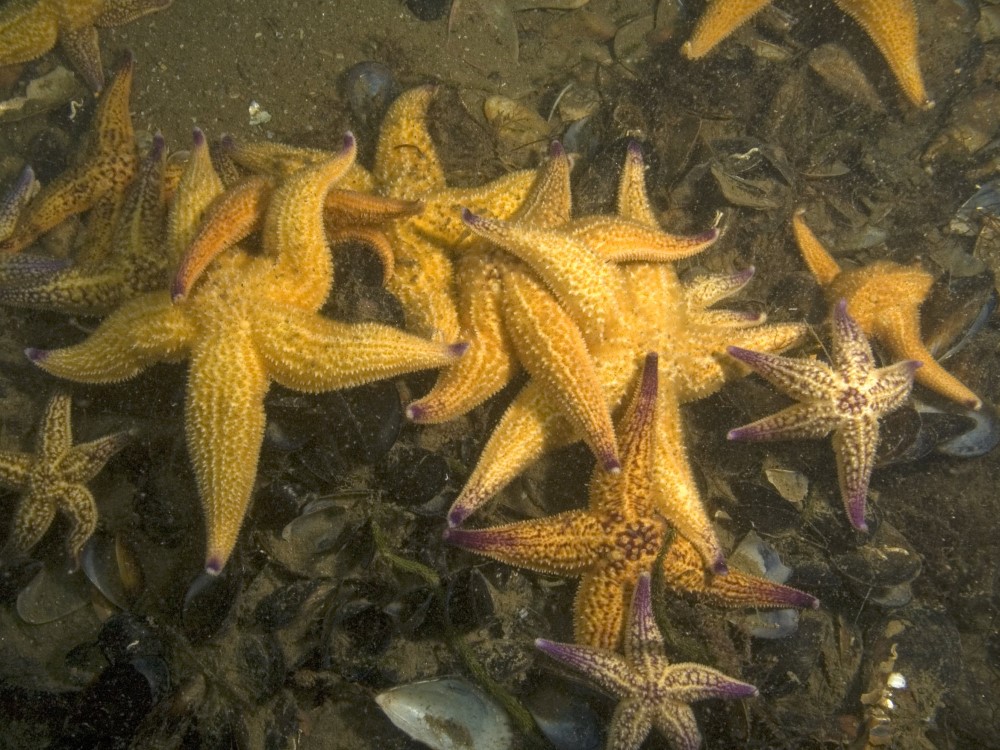 Many introduced marine pests have arrived on the hulls or in the ballast water of visiting international ships. The Northern Pacific Seastar has been found in Swan Bay. It is a voracious predator that preys on bivalves and other invertebrates.

Another pest recorded in Swan Bay is the European Fan Worm, a filter feeder that outcompetes native animals for food and space. In recent years it has been joined by the European Green Shore Crab and the Japanese Kelp, a seaweed that has spread from Queenscliff Harbour. The crab eats oysters, mussels and young native crabs. Dead Man’s Fingers is a green and spongy seaweed that grows rapidly and, like the Japanese Kelp, shades out native seaweeds. 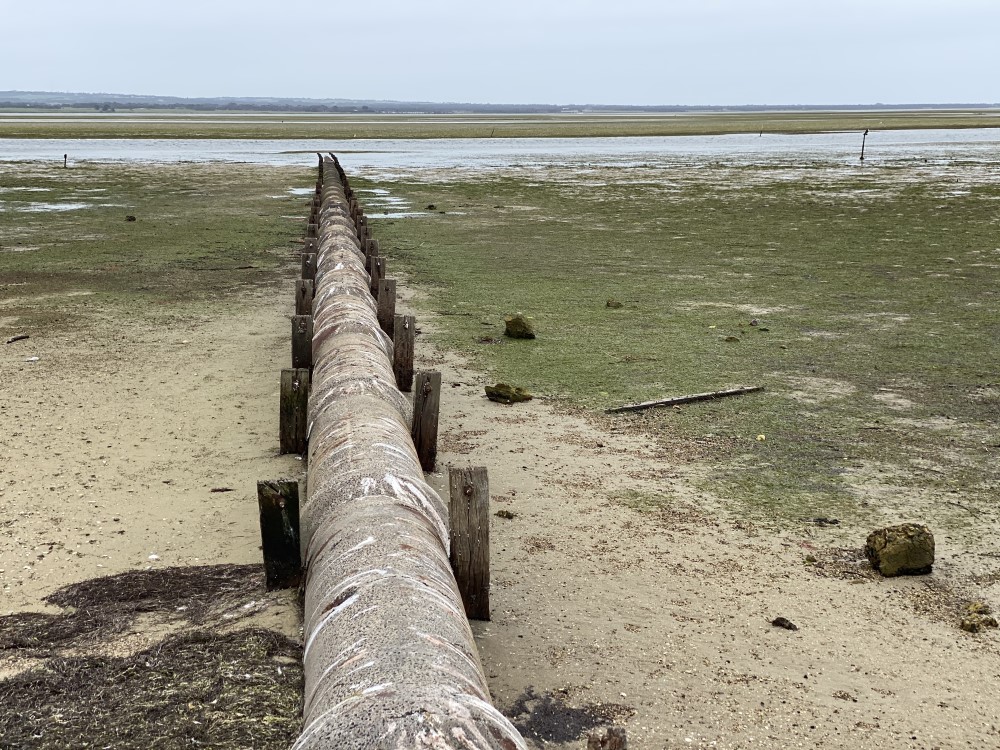 Swan Bay’s water quality can be affected by stormwater, sewage leaks and catchment runoff. Stormwater still empties into Swan Bay and there is a lack of knowledge about its long-term effects. The headwaters of Yarram Creek include the expanding urban areas of Drysdale and Wallington.

Pollutants have been found in the Frederick Mason Creek, which drains rural land as well as a quarry and a waste transfer and recycling station. Increased sediments, nutrients and toxicants in the runoff from a developing catchment could lead to higher turbidity levels, algal blooms and a reduction in Swan Bay’s water quality.

A rise in sea levels, increased storm frequency and intensity, higher temperatures, altered wind strengths and reduced rainfall are predicted along the Victorian coast under various climate change scenarios. Sea level could rise 80 centimetres by 2100. If this occurred, Swan Bay’s low-lying coastal saltmarsh would be flooded, impacting the fish, birds and other animals that use it for food, nesting and shelter. The saltmarsh would be unable to move inland because infrastructure and the increasing slope of the land would block its path. Swan Island and Edwards Point would become smaller and Duck, Tip and Stingaree islands could disappear completely.

Animals that live, feed and breed on beaches would lose their habitat, while sand dune plants and animals would be faced with increased temperatures, stronger winds and less water. Intertidal seagrasses would be vulnerable to greater drying out from higher temperatures during low tide. These changes brought by climate change would also reduce the coastal public open space available for recreation and increase pressure on the coastal areas that remain.