Swan Bay is a wetland of national and international significance. From its beginnings in 1988, the Swan Bay Environment Association has worked with the community to protect Swan Bay. We investigate, educate and act to build community awareness and active support for protecting this very special part of the world.

To ensure that Swan Bay remains in its natural state thus maintaining:

In 1988 a group of dedicated academics from Deakin University formed the Swan Bay Research Group to raise awareness of the importance of Swan Bay and the need for its protection. Calling themselves the Swan Bay Protection Association, they held a public meeting at Queenscliff’s Uniting Church Hall in June of that year. By November the Association had become officially Incorporated as the Swan Bay Environment Association – the main statement in the Purposes was ‘to ensure that Swan Bay and its environs are not damaged by inappropriate and insensitive developments’.

In 1989 the group was instrumental in developing, with the Department of Conservation and Environment Victoria, the ‘Proposed Management Plan: Swan Bay Marine and Wildlife Reserves’. This document was launched by the Department in January 1991.

By 1991 the Association was almost in recession, as most of the original members had retired. With support from the original members, a new Committee was elected and a structure of subcommittees, specific projects and community educational activities commenced. The focus was the protection of Swan Bay and on weeding and planting within the Borough of Queenscliffe. 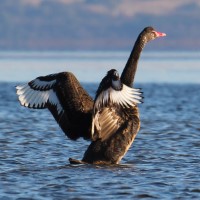