Swan Bay is a nursery, breeding and feeding ground for more than 50 fish species. 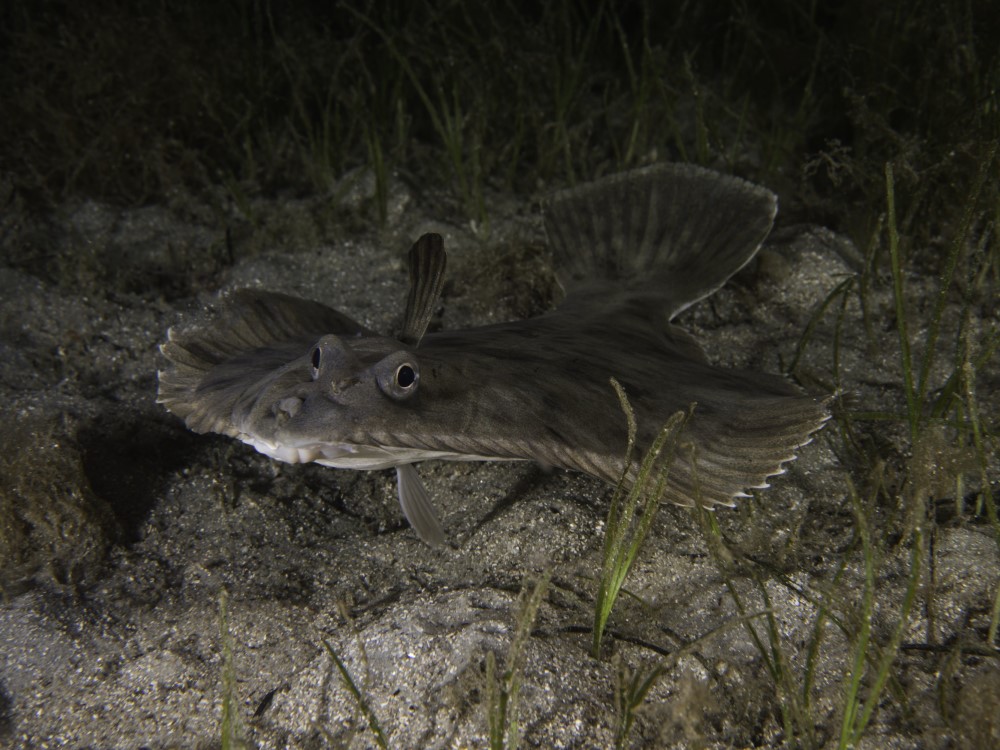 Fish numbers change with the seasons

More than 50 fish species have been recorded in Swan Bay, the most abundant being the Small-mouthed Hardyhead and the Silver Fish. The number of fish in the bay varies from season to season. Numbers are highest during summer when seagrass growth is at its peak.

The lowest population levels occur from April to July when there are fewer Small-mouthed Hardyhead and Silver Fish. Seasonal residents such as Yelloweye Mullet and King George Whiting are also absent. August is usually the month when the young of winter spawners enter the bay and they include the Long-finned Goby, Yelloweye Mullet and Greenback Flounder (see photo). By spring, fish numbers are down again. 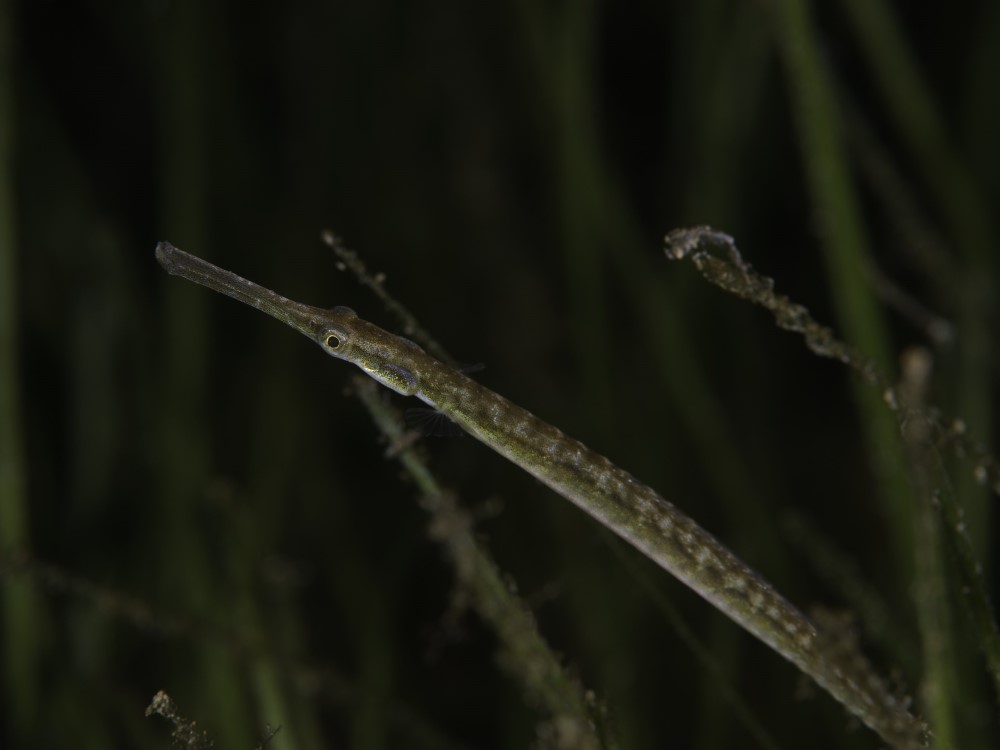 The most abundant fish in shallow seagrass meadows are Hardyhead species. Also living among the seagrass are the Little Rock Whiting, Blue Sprat, Spotted Pipefish, Port Phillip Pipefish, Spot-shoulder Weedfish and the Cobbler. In the deeper seagrass meadows the Wide-body Pipefish is most abundant and the Bridled, Toothbrush and Pygmy leatherjackets are also common.

Red Mullet, Little Gurnard Perch and Yank Flathead are found in the deeper seagrass beds. At high tide some of Swan Bay’s fish swim into coastal saltmarsh for food and shelter. These include Hardyhead species, Long-finned Goby, Yelloweye Mullet and King George Whiting. 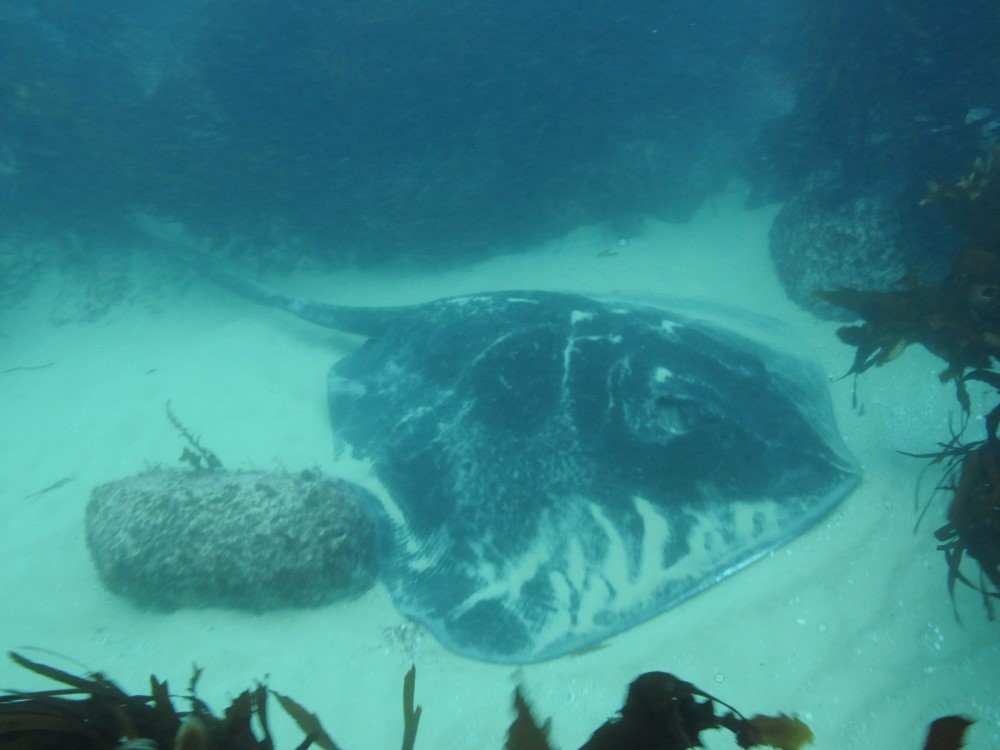 Swan Bay is too shallow for the larger sharks but is an important habitat for smaller sharks, rays and skates. The Varied Carpetshark has a long black body with white spots, is harmless and grows to about 90 centimetres in length. It feeds at night on molluscs, while the Southern Eagle Ray glides across the seabed looking for crabs, molluscs and worms.

The Eastern Fiddler Ray, also known as the Banjo Shark, can be recognised by the triangular pattern behind its eyes. One of the world’s largest stingrays, the Smooth Stingray, preys on fish and invertebrates. The sting from its tail is potentially lethal to humans. The Melbourne Skate, once common in Port Phillip Bay, feeds on fish, octopus and crabs. 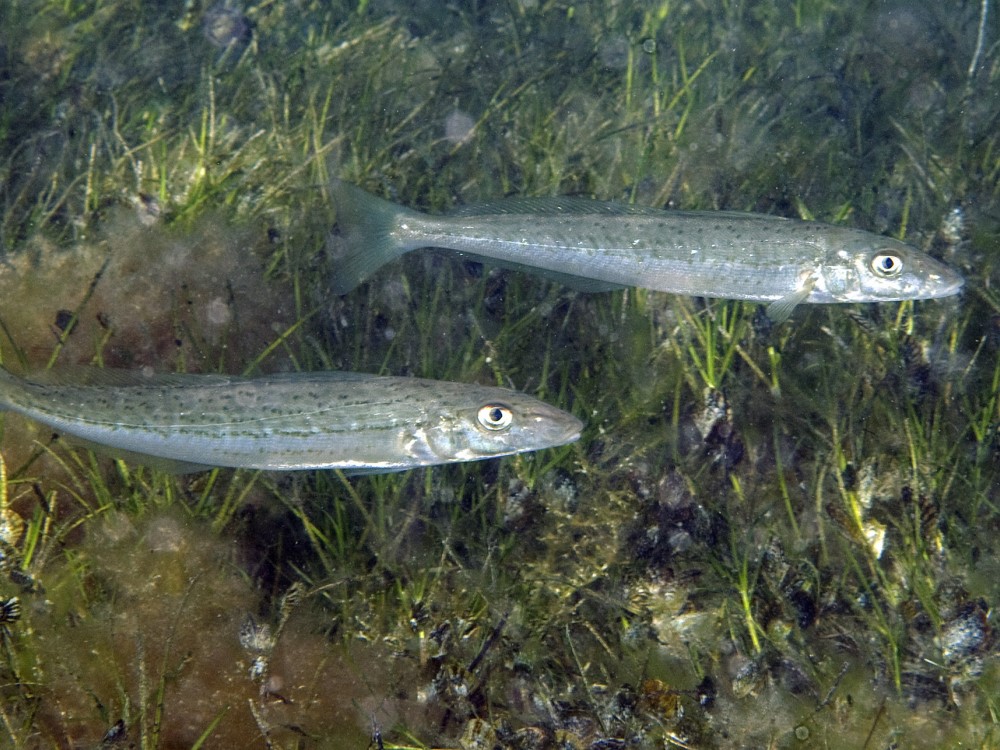 Swan Bay’s seagrass meadows are critical in the early lives of some fish species. For young fish, the seagrass shelters them from larger predatory fish and provides a reliable source of food.

King George Whiting (see photo) spawn in Bass Strait and their larvae float through Port Phillip Heads and into Swan Bay’s seagrass meadows. For the next two to three years the young whiting shelter in the seagrass and feed on small invertebrates. As adults they move into Port Phillip Bay and then out to Bass Strait. Yelloweye Mullet, Snapper and Greenback Flounder also spend the early part of their lives in Swan Bay’s seagrasses. Other fish, such as the Half-bridled Goby, begin and end their lives in seagrass meadows.